> The Law of Attraction vs. The Laws of Matter

The Law of Attraction vs. The Laws of Matter

The Law of Attraction vs. The Laws of Matter 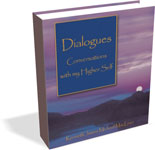 You say that the Law of Attraction is a universal law. Yet a simple experiment with a battery and two metal–plated spheres connected by wires will serve to disprove this. If you hook the two terminals of the battery each to a different sphere hanging by a wire, those spheres repel each other. However, if you connect each sphere to the same terminal of the battery, the spheres repel. This shows clearly that like charges repel, and opposite charges attract. This can also be seen by placing the North pole of two magnets near each other and watching them repel. How does your statement reconcile with these experimental facts?

The positive and negative you refer to are simply aspects of the same kind of energy. The charges and atoms science refers to are metaphors. At one pole there is a surplus of energy relative to the other pole. This creates a tension between the two, which activates the space between them and provides a potential.

Science has not yet discovered the intimate, completely interconnected relationship between what you call electromagnetic energy, gravity, light, and what you refer to as nuclear forces. When you do, the contradictions and gaps in your science will resolve. For now, accept that the law of ‘like attracts like’ is valid for the life experience of every human and can be successfully applied so that all that you want may come to you.

Doesn’t sound convincing to me. If the atom is a metaphor, then how come the sun and planets are arranged exactly according to the atomic model? As above so below, the universe is in balance as you like to say. The atomic model has been able to precisely explain so many phenomena and to predict behavior of matter and energy.

As we said before, matter and energy are composed, ultimately, of thought. Therefore, the energy in your subatomic particles is the same, which means that the elements in your Periodic Table are composed of the same energy, with different internal geometries. In other words, ‘copper energy’ is not different than ‘iron energy!’

The physical interactions that are observed are the result of the collective agreements of consciousness at the present time. In other civilizations on earth, long before the present earth civilization, other cultures had different ideas about matter and energy and their conscious relation to the world around them. These civilizations were able to manipulate matter and energy with far more ease than your present civilization. You may attribute that to superior understanding of already existing universal forces, but we prefer to say that their understanding drew forth from the potential, different relationships between matter, energy and consciousness, different programming for the local space/time which establishes the laws of matter and energy (physics).

So you’re saying that consciousness can actually alter the physical laws of matter and energy?

Of course! That is what we have been saying all along!

It may seem absurd to humans on the planet earth at this time but we assure you that the universe is massively varied and contains realities that you cannot even conceive of. This is not bad, we are not criticizing, but we are amused at how shocked humans are when anyone suggests that consciousness may alter physical laws or modify matter and energy. That was the whole point of constructing the universe!

Whenever you say stuff like that I receive a feeling of utter certainty, so that my questions seem almost ridiculous, and I feel totally complete with the answer and I feel that it is correct. Then when you have finished answering, I have doubts again. Is this because I have expanded my awareness by allowing your energy to come to me, then return to my normal human state of consciousness?

When you communicate with us you have to use your ‘spiritual sensors.’ Normally you just use the body’s senses to interpret your world.

But all we are saying is that consciousness designed the universe so that it could play around in it. That’s not so shocking is it? (smiles). Is it so shocking that there may be places with different physical laws than those that can be experienced by humans on planet earth? Most humans would not think so. The universe is a place where there are available an almost infinite variety of experiences.

You are physical and non–physical energy. Your bodies are sitting in an energy field that has a complex template for every organ and cell. That energy field is connected with every other particle of energy in the universe, and is intimately related to the potential itself. So there is a lot more to you than you are aware of.

With limitation comes the ability to transcend that limitation, the joy of discovery, the ability to experience intensely. Everything on the earth plane is magnified many fold. When it’s good it’s really good and when it’s bad it’s really bad. That is one of the attractions of this place. But don’t worry. When you get tired of this place, you just transition smoothly out of it and return to native state –– a condition of joy and well–being as pure source energy. You can’t make a mistake!

OK, I’m tired. Thanks for all of the great info!

In 2005, he created a second volume of Dialogues which included more questions and answers that he had received since writing the first book.

Visit Ken’s website to get the “Conversations With My Higher Self” Full Ebook:
=> http://www.mindreality.com/special/conversations-higher-self

Get the Physical Book of “Conversations with My Higher Self” at Amazon.com:
=> http://www.amazon.com/Dialogues-Conversations-Higher-Spiritual-Dimensions/dp/1932690018/mindreality01-20

I Highly Recommend that you get the Full Version either the Ebook or Physical Book, after reading PART 1 online for free. I purchased the full version myself!